Please note: Since publishing this article, we have been informed that The Yew Tree Inn has closed.

The high standard of Cheshire pub food is being officially recognised by foodies in a chart of the UK’s top gastro pubs. Few North West establishments made the grade in 2017 but out of the thousands of pubs nationwide, Bunbury’s Yew Tree Inn made the shortlist.

The ‘Estrella Damm’ Top 50 Gastropub Awards are voted for by foodies and hospitality experts  including gastropub operators (they can’t vote for their own pubs, in case you are wondering), food writers, celebrity chefs and pub guide editors. The voting criteria ensures the list really is decided by the industry.

The term “gastropub” was coined in the 1990s as British pubs increasingly became foodie destinations in their own right rather than just drinking establishments. Pub food had previously always been the poor relation to restaurant fare, with menus rarely offering anything more adventurous than scampi and chips.

Things have moved on, and this is to be celebrated. Perhaps with a meal at one of these top Cheshire Gastropubs:

The Yew Tree is Cheshire’s star entry in this year’s chart. It has also been shortlisted and won a plethora of other awards, both for its food and its drink, including the title of Cheshire Dining Pub of the Year in 2014 & 2016.

The pub proudly promotes its use of local produce, and some of the ingredients on their menu really couldn’t be any more local, coming all the giddy distance from the farm next door. Other ingredients come from the village and the potatoes used for the chips are grown only 15 miles away. The menu changes every eight weeks, to incorporate this wealth of local, seasonal produce.

freshly made, locally sourced food from a menu with daily specials combined with informal service in a cosy and relaxed atmosphere

Show this article on your phone to staff at The Yew Tree Inn, and receive:

Situated in the picturesque village of Kerridge, on the edge of the Peak District, The Lord Clyde featured on the 2016 Top Gastropubs list and is the only Cheshire pub to have been awarded three AA rosettes.

Unpretentious modern British flavours with joyful creativity, fun and even a little surprise…

In addition to the standard menu, The Lord Clyde offers a Chef’s Table experience. For this you sit at the Chef’s Table in the inner sanctum of the kitchen, and with the chefs on their best behaviour, you interact, watch and learn as you dine. There are three Chef’s Table menus to choose from.

Mention LUXURY CHESHIRE when you order a meal at The Lord Clyde, and receive a complimentary glass of prosecco.

The Fish Pool Inn can be found just outside Delamere forest and as well as the Top 50 Gastropubs listing (35th in 2016)has recently been named ‘Best New Pub’ in the UK at The Publican Awards. 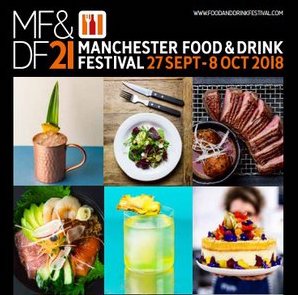